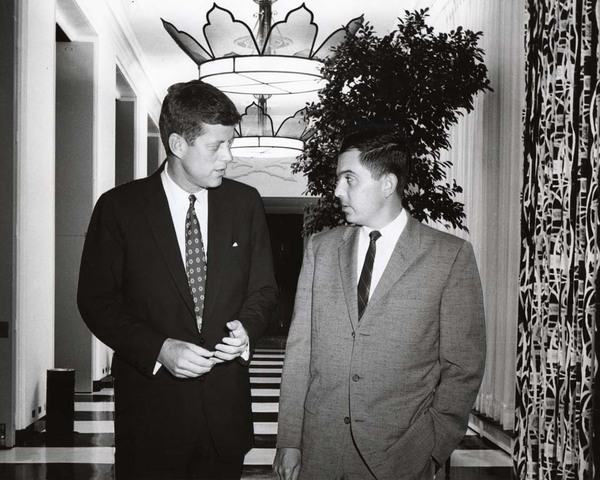 PRESIDENTS AND THE GREENBRIER

Nestled in the Allegheny Mountains, and close to the Greenbrier County town of White Sulphur Springs, is where one will find a luxury resort known as The Greenbrier. Eleven thousand acres are home to more than 700 rooms, a host of retail establishments, activities that will keep you busy for days.

Five sitting presidents have visited The Greenbrier during the years of 1838 and 1860. Accommodations were at what is currently known as the President’s Cottage Museum. This museum is host to a world of knowledge and graciously tells The Greenbrier’s story. Learn about the visits of then presidents Martin Van Buren, John Tyler and Millard Fillmore, to this summer White House.

In 1914, then-President Woodrow Wilson and his wife visited for the Easter holiday. Later that year in October, a prominent businessman arrived to celebrate his honeymoon with Rose Kennedy, that was Joseph Kennedy, who became proud parents of nine children, including President John F. Kennedy.

Other prominent presidents who have graced The Greenbriers grounds include President George H.W. Bush and George W. Bush in 2005. Richard Nixon, Ronald Reagan, Dwight Eisenhower are also on the list.

This private entry suite also includes a library, reception foyer, a grand piano in the spacious living room, and a den that includes a half bath.

The Presidential Suite is also rumored to be where Eisenhower came up with the plans for The Greenbrier’s underground bunker.

President Nixon, a General at the time, opted to stay at Top Notch cottage, which is now, Top Notch Estate Home. This exquisite Estate Home is equipped with four bedrooms, accommodates up to four, and can entertain 200.

The Top Notch Estate Home, equipped with a taste of the traditional manner decor that follows The Greenbrier, includes a two-car garage, a porch enclosed in glass, and a wet bar. Lots of complimentary features also accompany this beautiful home. A few of these are a fresh flower arrangement in the living rooms, VIP chocolates in each of the bedrooms, and parking.

Forty-two years saw presidents that visited The Greenbrier residing in the President’s Estate Home. An extensive renovation, preservation, and restoration took this charming home to its elegance and resurrected the Hawley Estate Home.

Located upon the top of a hill providing luxurious views of the fantastic landscape and amazing Springhouse. Privacy, luxury, and convenience are what you find at this private residence, along with accommodations for ten, and a spot to entertain 200. Presidents that enjoyed their time here enjoyed two kitchens, a sunroom, and a patio.

The Salute to Service dinner, held in 2018 at The Greenbrier, had the honor of the 45th president coming to pay tribute to men and women of the military.

All of this history and presidential visits would entice anyone to seek some of this luxury!

–Interested in playing where presidents have played? Visit Greenbrier Outfitters and let us show you the wild side of West Virginia.